The Party of Resistance Active Shooter

The Party of Resistance Active Shooter 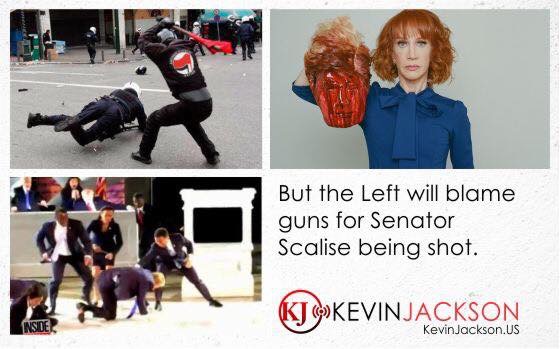 The Party of Resistance Active Shooter – by Chris Grollnek

As the “NATIONS LEADING Active Shooter Expert” I’ll say this: The party of resistance is something our families never taught us, the media and “resistance” is preaching now. That’s not up for debate, it’s just the reality of the time and its time to stop. Do you recall teaching your youth or learning hate after the 60’s? I am a Democrat POST the Civil Rights times because the Democratic party was responsible for that atrocity! They lead the slavery movement and its wrong on every level, racism included.

Now their pushing this RESISTANCE movement, policemen, Congressman, Senators and now, YOU / us, our country is at risk. I am an Independent post 9/11 for privacy rights. I am a Republican because that’s the Party in Power & I support our country, PERIOD. This hate breeds and begets violence, @ CNN & Fox News et al, this is not a call to adjust programing, nor censor, but start reporting, not preaching hate and “gotcha’s” Non-sensible people commit acts like today because what they see and read you reporting! Four examples below in one week and Bernie’s “BOY” today, WRONG on every level.

There have been two documented dissenting options about this post. Both are correct about how Republicans and Democrats switched sides and ideas over about a 100 year time frame. I would say, [they] are painting a VERY broad brush of the Left and Right. Maybe I wrote my opinion this way as well, but in no way was my post meant to do anything but BLAME THE SHOOTER for this act of violence. What the “flavor” was meant to do is STOP assessing blame on everything BUT THE SHOOTERS and PERPETRATORS and we need some civility back. Even on our off line conversations, these people, fueled with hate ended up calling me names of both sides. Really? Racial slurs? Do you know where I come from, the color of my first girlfriend, life long best friend, GodChildren? NO! So lets be careful here, don’t judge me the way your excuses cover violence. Respectfully, Chris

p.s. yes, this was written for two specific haters and about 100 twitter keyboard commando’s – but I am a full disclosure person, so now you know.