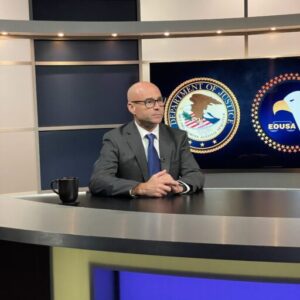 For over 31 years, active shooter expert Chris Grollnek M.S. has been immersed in the study and application of protective measures in the military, police, and private sectors. As the founder of Active Shooter Prevention Project, LLC (ASPP, LLC), the benchmark of “Active Shooter Prevention,” Christopher Grollnek is recognized as one of the nations leading experts regarding the phenomenon of active shooter events. Known as the Active Shooter Expert (#activeshooterexpert), Chris is a highly sought Public Speaker, Published Author, and Corporate Security, Consultant. Grollnek has testified about the Terrorism and Counterterrorism training needs of the United States and beyond before the U.S. Senate Ways and Means subcommittees in the Hart Senate office building in 2002. Leading up to his testimony before the U.S. Senate, Chris Grollnek was invited by the Center for Strategic and International Studies (CSIS) in Washington D.C. to provide insight to Ph.D. and Senior Executives Staff of the U.S. Government on subterranean training, complex curriculum development, and public lectures.

Before the formation of Active Shooter Prevention Project, LLC, in October 2003, Chris Grollnek was sworn in as a member of the McKinney Police Department and assigned to the reserve unit patrol division. In February 2004, Chris became a full-time officer advancing quickly through the department. Serving in each division of the agency, Chris has an impressive background of police experience. Early in his career, Chris worked with the gang unit, illicit narcotic street interdiction. He was selected ahead of several peers and supervisors to work as an undercover narcotics detective in the highly coveted position. Following his tenure working undercover in federal and state prosecutions and a high caseload, Chris Grollnek latterly transferred to the detective pool, working both crimes against persons and property. In 2007, Chris Grollnek was promoted to Corporal, filling a sergeant billet for the patrol division power shift. Chris served with the department’s part-time Special Weapons and Tactics Team in nearly every position from 2005 through mid-2008 and again in 2009 through his retirement in September 2011. Chris held positions on the team, including; permitter, entry team member, advanced tactics and firearms instructor, shotgun breacher, rural terrain tactics instructor, and training coordinator.

Additional achievements during Grollnek’s police time include oversight for subordinate officers throughout the department. As a certified investigator, Chris Grollnek graduated from the ILEA school of Professional Standards, Ethics, and Internal Affairs. In addition, Chris has been awarded multiple merit awards and unit commendations for his tireless efforts in community safety endeavors, including the Police Shield for bravery during a critical incident. Before joining the McKinney Police Department, Grollnek was a United States Marine Corps member from 1992 through 2003. Chris Grollnek spent his final three years with the Marines as Reserve Battalion Operations Chief and Armory Staff Noncommissioned Officer in Charge for the 4th Reconnaissance Battalion in San Antonio, Texas. Grollnek served in various capacities with the Marines, including Master Instructor, Weapons Expert, Senior Drill Instructor, and Close Combat Instructor.

Decorated for his military service, Chris Grollnek holds a Navy Commendation Medal, an Army Commendation Medal, an Army Achievement Medal, 3 Navy Achievement Medals, and campaign ribbons and medals, along with seven expert awards for marksmanship with both the rifle and pistol. A graduate of the University of South Carolina, Chris Grollnek earned an Associate of Arts in Education and a Bachelor of Science in Business Management and Leadership Studies from the University of Maryland University College.

Recognized for his service to the community, Chris Grollnek has donated his time and energy to a wide range of philanthropic causes on a local, state, and national level. Over the years, Grollnek has volunteered at the McKinney Independent School District gang and awareness group; the Nexus Recovery Center, Inc.; the Texas Substance Abuse Prevention Coalition; and Scott’s Helping Hands, which he co-founded in 2007 to address issues of adolescent substance abuse. Away from his work, Chris Grollnek enjoys all manner of recreational activities, practicing digital photography and reading whenever possible. Along with his family, Chris Grollnek is retired and resides in Dallas, Texas.